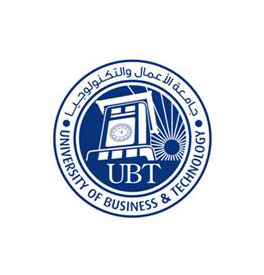 UNIVERSITY OF BUSINESS AND TECHNOLOGY (UBT)

UBT has grown gradually and progressively from a Junior College to a full fledge Four Year College (CBA) offering six programs, and in 2008 it added the College of Engineering and Information Technology offering five programs, and then in 2011 the College of Advertising joined in after being approved by the Ministry of Higher Education as the third college. On May 22nd, 2012 UBT was officially announced as the UNIVERSITY OF BUSINESS AND TECHNOLOGY by the Higher Council of the Saudi Higher Education. UBT has become a university in a short period of only 12 years.